A bittersweet weekend to be sure, but one deserving of a nice bourbon.  My Missouri Tigers beat Ole Miss on Saturday night, propelling them to a number five ranking in the country – exciting times indeed!  Next week it’s a matchup against Texas A&M, for the chance to play in the SEC championship game.

Unfortunately, Sunday led to a feeling all Detroit Lions fans know to well: the dismay of watching our beloved Motor City Kitties grab a defeat from the jaws of victory.  Four interceptions, a fumble, and a blocked punt to boot (pun sadly intended).  A brutal game watching experience while the November cold howled outside.

If that wasn’t enough, this week we raise our bourbon glasses to the passing of one of the best television characters I can remember rooting for (Spoiler Alert): Richard Harrow on Boardwalk Empire.  In my 36 years of television watching, I have grown fond of a lot of shows and certain characters – Silvio Dante (Sopranos), Jim Halpert (Office), Boyd Crowder (Justified), and on and on.  But few, if any, did I root for as much as I did for the sad, sharpshooting war veteran from Boardwalk Empire.  I (and we) rooted for his salvation, and felt true joy when he found it.  He was often the conscience on a show full of dark, evil deeds.  And last night, in the season finale, he was laid to rest after saving those people he cared about most, and was done in by the very soul he had found.  Rest in peace Richard – we drink to you!

So without further ado – our bourbon of the week!

Today we try another bottle from the ever fun and interesting Buffalo Trace Distillery‘s Single Oak Project, and today’s comes from batch number 136.  A few details about 136:

I do love trying these unique one-of-a-kind bourbons, for the reasons I’ve stated before – much of the fun for me is in comparing the differences, the subtleties of the character that so many bourbons have, and by making each barrel so different, Buffalo Trace has really given us something to enjoy in that special way.

My take: There was much disagreement in the house on this one between my wife Jen and I. This particular batch exemplifies the differences in what each of us likes in our bourbons.

The nose was warm and inviting – a rich caramel and toffee gave way to notes of dried fruits and an almost sticky sense of molasses and honey.  One of the best noses I’ve encountered.

The mouth-feel was rich and thick, although not overwhelmingly so.  The taste was quite smooth, carrying through on the toffee and caramel, with a bit of molasses and nutmeg thrown in for good measure.  It was a little too smooth for Jen, who likes her bourbon spicy and punchier.  The finish was medium and also smooth, not overwhelming or harsh in the least.

To conclude – I liked this one – alot! 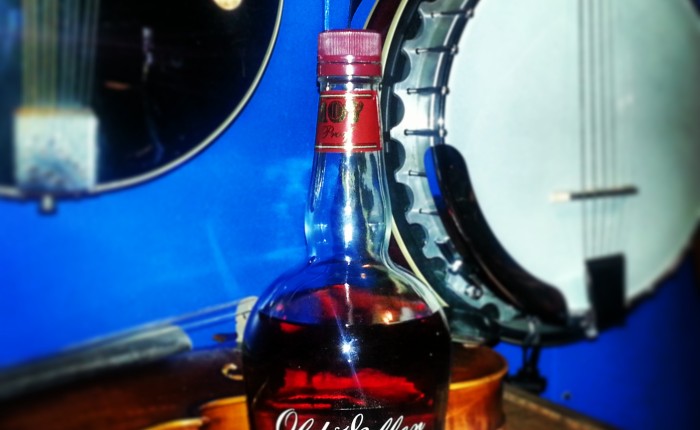 Back in the saddle after a pretty miserable week – I had the misfortune of breaking a tooth on my way to a gig in upstate Michigan last week, and by last weekend, I had a fever, an inability to open my mouth more than an inch and worst of all, no appetite for food or even bourbon.  So I skipped my Bourbon of the Week last week, lest I deliver a less-than review.  Also, because consciousness was escaping me at large.  A root canal, some hefty antibiotics and the TLC of my wonderful wife and I’m almost back to full strength.

And of course, for all the weeks for me to power down, it had to be Pappy Van Winkle release week.  I will post later this week with my thoughts about the great Pappy search, the craziness that is ‘collectors bourbon’ right now (and how disheartening it can be for a true bourbon enthusiast) and how vultures are despicably ruining a great thing, but for now let’s just say that it looks like the PVW release of 2013 has left me high and dry.

So for my return, I go to a time tested and trusted friend.  My Bourbon of the Week is Old Weller Antique 107 Proof.

One of the many things I enjoy about bourbon is the amount of variables can influence taste.  Aging, where the barrels are stored, the char, the oaks, the blend, the sour mash recipe – so many possible variations.  Old Weller Antique 107 adheres to one of the standards that makes the Van Winkle’s so highly touted: it uses wheat instead of rye, and uses the same mash bill.  This is why some have referred to the Old Weller as ‘poor man’s pappy.’  And there are certainly some similar qualities there.

My take: The Old Weller Antique 107 is a fine bourbon, with a fantastic price point. The nose is lovely, even from a distance, with thick notes of caramel, as well as some light apple, citrus, vanilla and even a bit of warm toffee.

The taste is thick and leans a bit toward the creamy, with a soft palate.  Vanilla, caramel comes with the good kick of that 107 proof.  You taste a bit of the earthiness that often comes with wheat.  There’s a soft spiciness in the back, but not overwhelming.  With a chip of ice, it opens up a little bit more and has a touch more zest.

The finish has a slight burn, but really not what you might expect.  It’s a medium-long finish, and quite satisfying.  Overall, a solid bourbon indeed!

I’ve been a little under the weather this week, so I’ve held off on selecting a “Dan’s Bourbon of the Week” until I get all my taste buds back, but in the meantime, the Whisky Advocate has released their Winter Issue Top 10 Buying Guide – quite a few on this list I can’t wait to try! 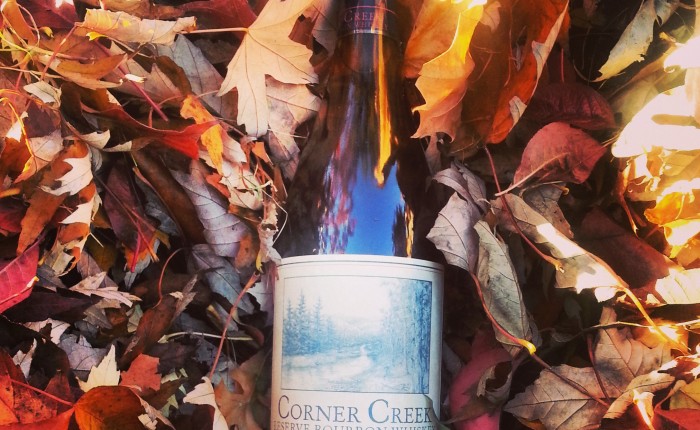 It is beginning to really feel like autumn.  The front yard is covered in leaves, the furnace has been turned on for the year, and Daylight Savings Time is over, shortening our days.  This weekend certainly felt like fall – winds blowing, football on TV and a fire in the fireplace.

I am not a bourbon enthusiast that dwells on packaging – sure, a nice looking bottle is always welcome, but it certainly isn’t what I use to define what I’ll be drinking. That said, this week’s selection Corner Creek is unique because it looks like a plain and simple wine bottle.  Not a looker, necessarily, but not a bad bourbon either.

Corner Creek comes to us from… well, no-one on the internet seems to be sure.  Many signs point to it being a Willett product, but I haven’t seen that confirmed.  Where-ever it is from, it is a blended bourbon, and one whose unremarkable bottle belies a unique, if not amazing, quality drink.

My take: The nose is earthy. It smells of grain, floral, and a slight hint of sweetness, like vanilla.  Upon a little air, the different grains are more obvious – rye and wheat especially.  Finally, the oak is definitely present as well.

The taste has one unique characteristic that sets it apart from most bourbons I’ve tried: it was very dry.  Almost like a red wine dry.  The taste was soft, and had notes of vanilla, oak, with a touch of nut and leather.  It wasn’t unpleasant, but each sip left me wanting a little more flavor.  The finish was equally smooth, and Jen and I agreed this was a pretty good, if unspectacular, bourbon.

Then, we added the ice chip.  Ice opens some bourbons up and closes others – this falls into the former category.  While the taste stayed dry, we could get a touch more of the citrus peel and caramel in the  flavor.

This is not the bourbon I would drink for something unique, but I would recommend it to a first-time bourbon drinker, or someone for whom harsher bourbons left a bad impression.  And the price point ($25 in Michigan) was reasonable.