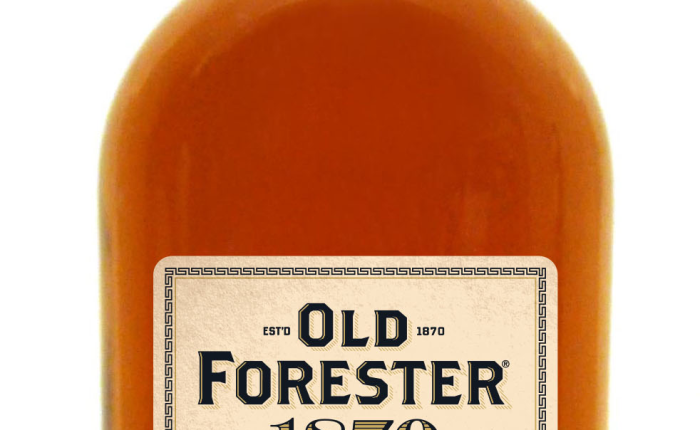 Next week is an exciting first for me – Jen and I will be attending the WhiskeyFest 2016 in Chicago!  Hosted by Whiskey Advocate magazine, this is the biggest and baddest of the Whiskey festivals.  Already there are dozens – dozens – of bourbon, scotch, malt, wheat and every other kind of whiskey imaginable distillers RSVP’ed.  I have spent the last couple months whittling down the list of what I absolutely must try, and have prepared for a truly great event.

But before all of that excitement, there are newer things to try closer to home, and that’s where I found myself this week, at a new speakeasy-inspired bar in Grosse Pointe called “The Whiskey Six.”  Named after the supposed engine of choice among Detroit River traversing bootleggers, the bar/restaurant boasts an impressive list of whiskies (if mostly from the usual suspects – Wild Turkey, Jim Beam, Four Roses, Heaven Hill and, for today’s choice, Brown-Forman).  Indeed, it is from the Brown-Forman catalog that we try Old Forester 1870 Original Batch Bourbon, our taste of the week.

On the surface, Brown-Forman hype this newer Old Forester release as closer in spirit (if not taste) to the the original methods used by Old Forester founder George Garvin Brown in 1870.  Theoretically, that is true, but the truth is that Mr. Brown basically blended whiskies from three different distilling sources for maximum consistency from batch to batch.  If this sounds familiar, it should, because it’s basically what any non-Single Barrel release does today.  Hardly revolutionary.

Still, it is always nice to recall history, and the idea of blending of barrels from three different warehouses is a nice throwback.  The only problem is that, to my palette, it doesn’t work.

There are a lot of things going on in a glass of Old Forester 1870.  Upon nosing the glass, I found it exceptionally hot, and with eyes closed, I wouldn’t have guessed it the 90 proof it is, but probably more like cask strength.  Upon letting it sit for a minute, it began to open, slowly, but what was revealed was scattered and still very hot.  Notes of clove began to waft, as did a medicinal scent, suggesting lavender and even a touch of juniper.  I did not denote any soft sugar, but rather, a spicy rye.

I found the taste burned as well.  On the front, there was a suggestion of bitter cherries with a touch of molasses.  Also forward was a hint of cinnamon, a bit of toffee and a course black pepper.  I found there to be several tastes going on at once, and none of them complimentary.

The finish was long and hinted at dried fruit and dry spiciness.

I admit, I have never been a huge fan of Brown-Forman products, save Jack Daniels.  Woodford Reserve does nothing for me, and I still say Early Times 354 was the worst bourbon I’ve ever tasted.  That said, I respect that their products are usually dependable, if not exemplary.  Old Forester 1870 fits into that pattern.  It’s a fine bourbon for a shot or two, and a good mixer for a bitter cocktail.  But at the price a bottle is usually found ($50+), I just think you can get better.